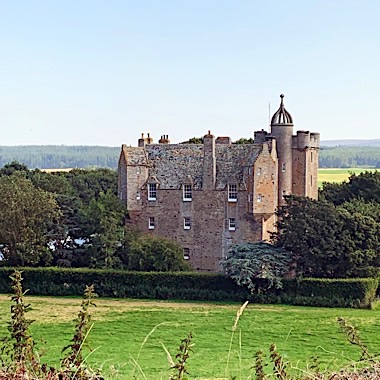 When Mary Queen of Scots returned to Scotland in 1561, she granted Castle Stewart to her half brother, James Stewart, 1st Earl of Moray.  It is situated near the village of Ardersier.  Mary changed the spelling to the French version of Stuart.  Later James and his son were murdered so the restoration of the castle fell to his grandson, James Stuart, the 3rd Earl of Moray in 1652.  After the English Civil War when Charles 1 was executed, the castle became derelict.  It was only restored in the early 1900’s.

It is now a luxury hotel, popular as a wedding venue.  In 2009 the seaside links golf course opened. It was designed by two Americans, Mark Parsinen and Gil Hanse.  It has hosted the Scottish open several years since then.